Get outside. What does it mean to most people? Your answer may vary based on your surroundings. If someone lives near a park, taking the dog for a walk might be optimal. If you live near a local gym, perhaps getting in a mile or two on the treadmill is your choice.

But what can you when do when your options are limited? How can someone go for an evening jog if the neighborhoods they traverse are unsafe at night? How can children play outside if the streets are perpetually congested? For many low-income individuals, opportunities to “get outside” are rarities.

In the United States, this reality is being depicted by an idea called the “ghetto miasma.” Coined by New York Times writer Helen Epstein, ghetto miasma is best described as a myriad of diseases including cancer, diabetes, asthma, and high blood pressure that is killing America’s urban poor. The high concentration of traffic and industry pollution, lack of access to health resources, and limited supply of healthy food stores nearby devastates inner-city populations. Additionally, the stress of poverty and racism causes the deterioration of their bodies. Scientific research suggests that simply living in urban areas is accelerating the aging process of low-income black Americans (Hache, 2015).

Internationally too, the impoverished generally struggle to exercise and spend time in nature. For example, in Moldova, a small former Soviet country in eastern Europe, the concept of “sporty” seems to only be used in reference to fashion; it is not connected to healthy living or people’s lifestyles. Though there is great appreciation for nature in Moldova’s capital city of Chisinau, the poorer areas of the country are in disrepair. Much like the disadvantaged areas of the U.S., leisure locations such as shopping malls, movie theaters, and ice-skating rinks are rare. When in town, you may see many people resting on blankets or park benches, even in colder weather. However, their public parks do not have any playgrounds for children. Instead, many of them are filled with dilapidated exercise equipment that go unused. Natural areas such as forests and ponds have muddy, unpaved paths that are not conducive to walking and are hence, rarely visited (Adamson, 2019).

Change began to arise for the Moldovan people in 2015, when they held their first annual marathon in Chisinau, drawing in participants and spectators from all over the country. The “marathon” is actually a sporting event composed of four different races: a full marathon, a half marathon, a ten-kilometer race, and a five-kilometer “fun run.” This makes the event more appealing than traditional marathons, as it is inclusive of all age ranges and ability statuses. It also gives those who aren’t quite in shape to run a full marathon, as it typically takes months to train for one, a place to start.

Of course, American cities are no strangers to marathons. Both Chicago and New York City hold annual marathons. Not only is this a great way to encourage urbanites-, both participants and spectators-, to spend time outdoors, but the wheelchair race is also inclusive of those with disabilities. A way to improve this would be to introduce shorter events such as half-marathons, a10k, or a 5k to encourage participation from those who cannot train for a full marathon.

Another way to incorporate nature and health into low-income, especially urban, areas is to open the area up to vendors (Irimia, et al., 2016). The rising dependency on street vendors in urban ecosystems in the global south has helped merge the gaps between “formal” and “informal” economic systems. A study conducted in the cities of Delhi, India and Phnom Penh, Cambodia used oral accounts from street vendors and documented inventory of product sold to assess the demographics of street vendors. It was found that vending is a great economic opportunity for low-income urbanites, especially those who may be lacking education or other skills. It was also found to be a fairly gender inclusive trade, with about 60% of vendors being women (Hummel, 2017).

In 2001, the Street Vendor Project was founded in New York’s Lower East Side. This project pooled together money for the Push Cart Fund, offering loans to street vendors. Beneficiaries of this program include Munnu Duwan, a Bangladeshi-American man who was able to expand his business of Indian and Arabian food in a time of declining hot dog sales-, Jiang Chao Qun, a Chinese-American woman who sells fruits and vegetables on the streets of Chinatown-, and Margarita Villegas, a Mexican-American woman who sells tamales in East Harlem, where Subways and Taco Bells had begun to takeover. Not only has the rising popularity of street vendors allowed locals to integrate themselves with urban nature, it has given urbanites some much-needed access to health foods in areas where they are typically scarce and has also given a way to maintain an area culture that is more authentic than gentrified.

The discipline of occupational therapy focuses on teaching people with physical limitations how to complete everyday tasks. Some common goals of occupational therapists include helping children with disabilities function in school and social environments, helping injured individuals regain their mobility, and helping elderly adults with physical and cognitive limitations to get through their day to day lives (American Occupational Therapy Association 2018).

Although the following article focuses on elderly populations, it is important to know that in the past, the most popular demographic associated with occupational therapy has been youths with disabilities. Child patients usually exercise in confined environments that often fail to stimulate their senses and make them emotionally uncomfortable. This inspired pediatric occupational therapist Angela Hanscom to create a positive change to the field of occupational therapy. In 2010, she established TimberNook, a comprehensive nature-based development program for children with special needs, which is now active in the United States, United Kingdom, Canada, New Zealand, and Australia. Hanscom says that her program works well because nature is “the ultimate sensory experience for all children and a necessary form of prevention for sensory dysfunction” (Hanscom 2014).

In general, aging can cause cognitive and motors functions to decline, leading to many elderly adults losing their independent living situation.

With this in mind, occupational therapists are not only widening their range of treatment options, but also their range of clientele. Life expectancy is increasing, especially in the United States, which has the highest life expectancy for people over the age of 75. This leaves occupational therapists with a new group to focus on: the elderly. This begs the question: what can time spent in nature, during both therapy and recreation, offer the elderly for their physical and mental health?

When children experience motor complications, they may seem frustrated, high energy, and anxious. With the elderly, it is often the opposite. Physical limitations may result in fatigue, depression, and being lethargic. Many of the limitations of traditional indoor therapy leave a person feeling disconnected. Outdoor Kids Occupational Therapy, another occupational therapy program that integrates nature with treatment, argues that there are three main things that patients in traditional therapy need that they may not be getting. One is the ability to connect with family and friends, not just the therapist. The second is transformation through therapy. Therapy through nature is shown to lead to breakthroughs in family relationships and mental health. The final one is the great outdoors themselves. People, especially children, should have time to spend in nature. The rule extends to the elderly, as they are also in a time of their life characterized by motor difficulty, sensory limitation, and a dependency on others. Parents of children in that have gone through outdoor occupational therapy confirm that their children are able to move more freely, are more coordinated, and above all, more social and more confident (Outdoor Kids N.D.). 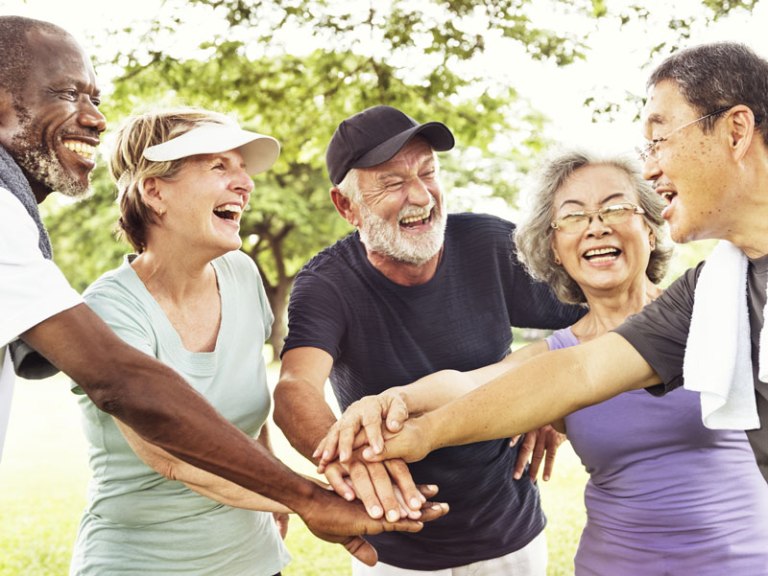 It would be unreasonable to expect elderly adults to be using a playground like children, just as it would be to expect them to do vigorous exercise like younger adults. A new phenomenon has emerged, starting in South Korea and rapidly spreading to countries like the United States: therapeutic gardening.

In general, aging can cause cognitive and motors functions to decline, leading to many elderly adults losing their independent living situation. Therapeutic gardening involves the integration of gardening activities into the daily routines of patients. 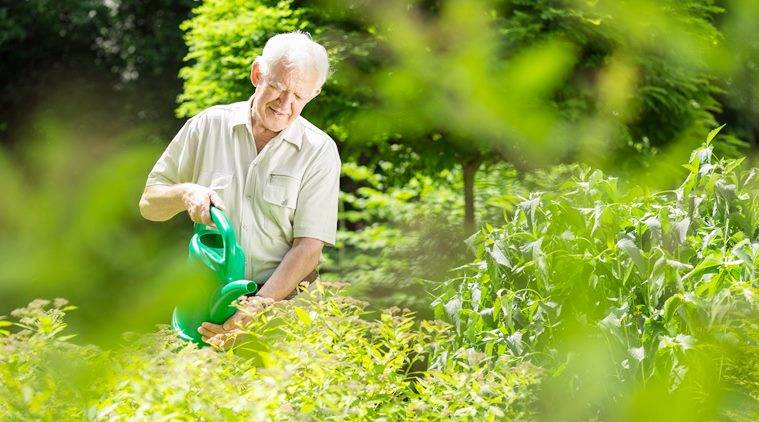 Horticulture therapy now has a presence in many assisted living homes and dementia residences. One way this activity can benefit patients is by allowing them their autonomy. Patients are given the freedom to explore through touch. The exposure to nature also provides patients with great sensory stimulation, and has led to reduced pain, less stress, and improved sleep cycles. Dementia patients are seen falling less and becoming less agitated. Additionally, therapeutic gardening is low budget and non-pharmacological (Detweiler 2012).

The fusion of horticulture into medicinal fields such as physical therapy, occupational therapy, and psychology has created a positive change in how we view medicine and therapy. The focus has shifted from searching for fast-acting cures to the recreation and stability associated with being in nature.